During World War I a young man joins the army and winds up befriending another young recruit, not knowing that it's the same pickpocket who stole his watch. After finishing basic training, the two are sent to the front lines in France, where they wind up in trouble with the MPs, getting involved with some cute French girls and "volunteering" for a dangerous front-line mission, and their antics result in their endangering the armistice.

Directed by: A. Edward Sutherland

All Behind the Front cards (2) 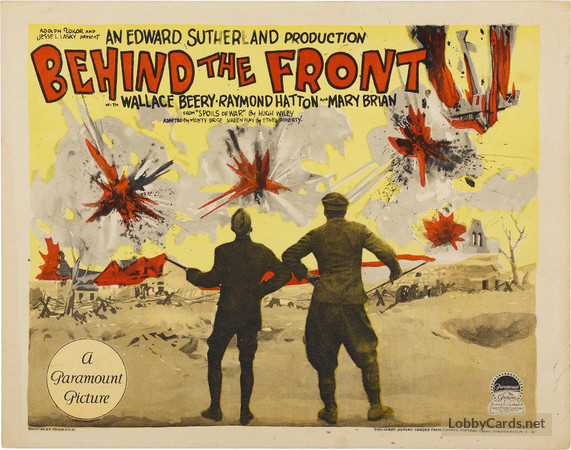