In this musical, a songwriter goes to court to claim the rights to his song that was stolen by an unscrupulous music publisher. He brings his girlfriend with him. Also going to court are the Jubilee singers, hillbillies, and some cowboys and Indians who demonstrate that the composer wrote his song by rearranging four folk tunes. He wins his song back and $50,000 in damages. Songs include: "Heading Home," "Roll Along Prairie Moon," "Tender Is the Night," "You're My Thrill," "I'm Bound for Heaven," and "The Army Band."

All Here Comes the Band cards (1) 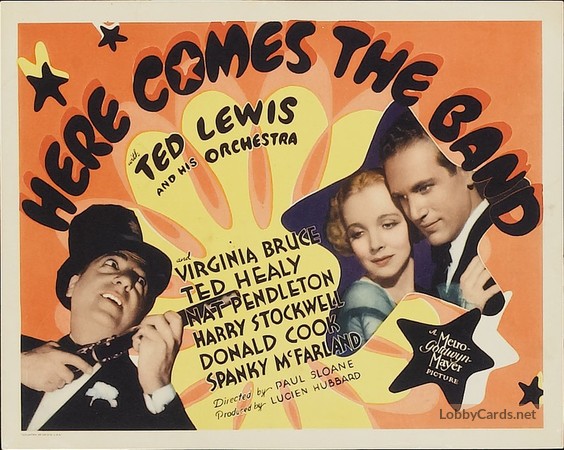