When a vacationing couple in Tangiers run into an old friend there, they discover that he is searching for his missing girlfriend who has been kidnapped by an international gang of white slavers. Nader investigates but before he can come up with anything, his friend is murdered. Meanwhile, nightclub magician Price and his mentalist partner continue their nefarious activities--they hypnotize and kidnap young women for the white slavers, and spirit them to the "House of 1000 Dolls." Written by phillindholm 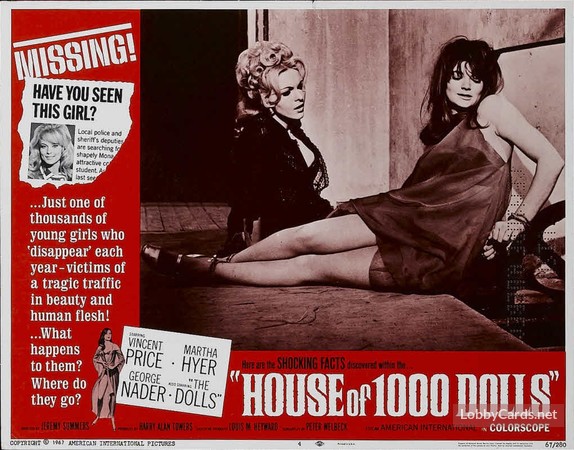