A comedy musical based on the comic strip charcters created by Al Capp. When residents of Dogpatch, USA are notified by the government that they must evacuate because of atomic bomb testing, they try to persuade the government that their town is worth saving. Meanwhile, Earthquake McGoon wants to marry Daisy Mae; Daisy Mae wants to marry Li'l Abner, and Li'l Abner just wants to go fishing. 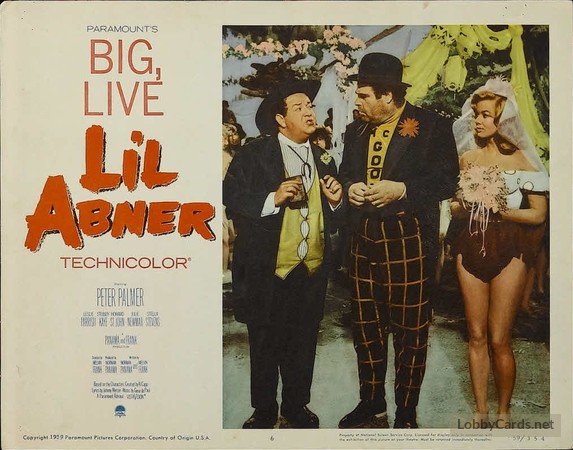