Conceited singer Garry Mitchell refuses to renew his radio contract, so agent Doug Blake decides to find a new personality to replace Garry. In New York, he finds Martha Gibson, a single mother with a great voice. He arranges for her to move to Hollywood, but then has a problem trying to sell her to the show's sponsor. Doug tries every trick he can think of to make Martha a star, and as the two work more closely, he falls in love with her. Complicating matters further is when Martha meets and becomes attracted to Garry.

All My Dream Is Yours cards (3) 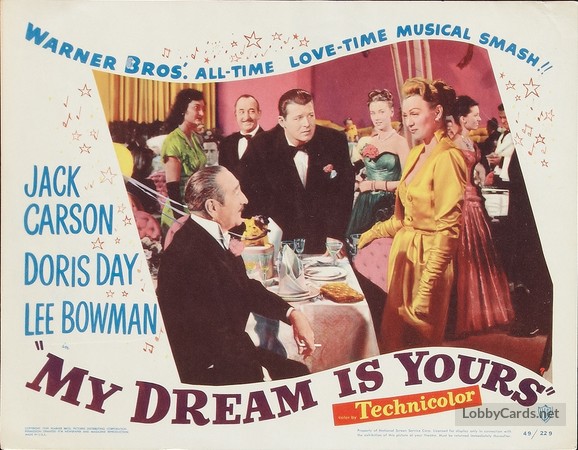