Lacey is after the profits of the Foster and Morales rodeo show. He has Morales killed during a stunt and then forces Foster to take him on as a silent partner. When Rex Allen joins the show, Lacey tries to get rid of him also. But Rex survives and now believes Morales' accident may have been murder.

All Rodeo King and the Senorita cards (2) 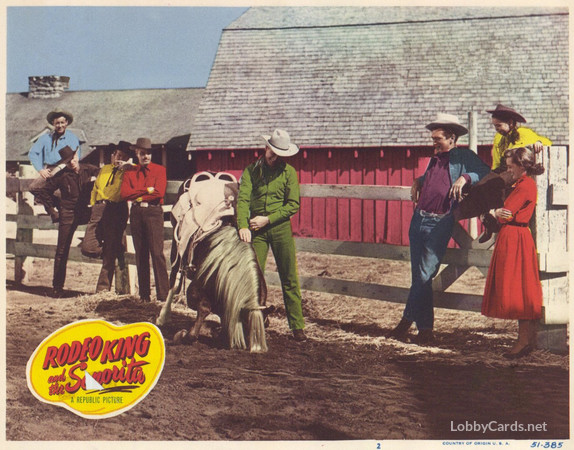