Faith and Hope Banner, sisters, are "convention hostesses" in a hotel. A body is discovered next door as the magician's convention is leaving and the mortician's convention is arriving, and the sisters, with help from manager Wilburforce Puddle, try to hide it. Complicating matters, Hope's boyfriend, Tommy, is a newspaper reporter in the hotel covering some labor negotiations.

All Three Girls About Town cards (1) 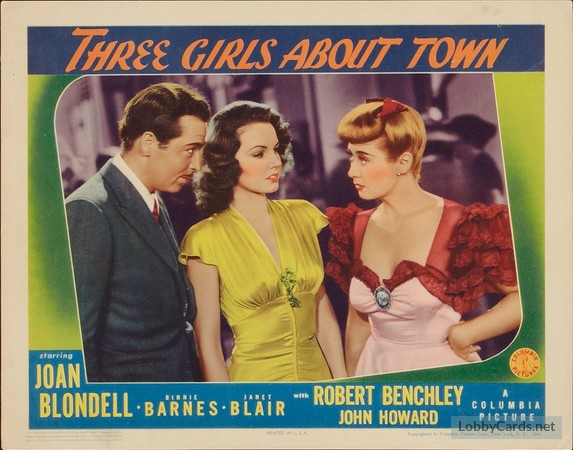