Among the travelers of varied backgrounds that meet and interact on one night at Union Depot, a metropolitan train station, are Chick and his friend Scrap Iron, both newly released from prison after serving time for vagrancy. Hungry and desperate for a break, Chick fortuitously comes across across a valise abandoned by a drunken traveler. In it he finds a shaving kit and a suit of clothes with a bankroll, which help transform the affable tramp into a dashing gent. After buying himself a meal, Chick seeks some female companionship among the many hustlers who walk the station. He propositions Ruth Collins, a stranded, out-of-work showgirl and takes her to the station's hotel. 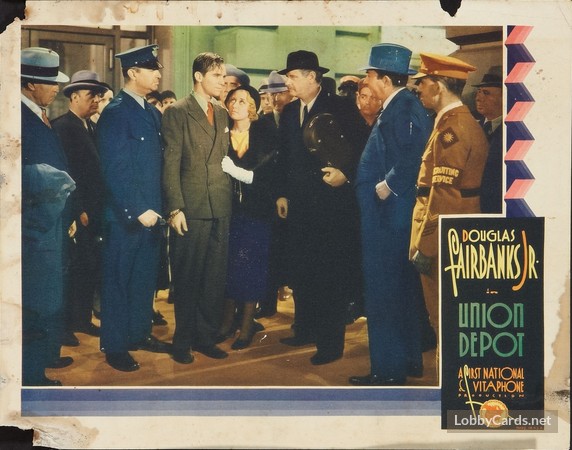